Do you have a problem streaming videos online from sites like youtube, metacafe, veoh etc. Have you installed Kaspersky Antivirus or Internet security lately ? If you have an ‘yes’ answer to both the questions then it’s very likely that your anti-virus may be blocking YouTube videos and hence not playing.

Several cases have been reported that antivirus like kaspersky and Mcafee are blocking streaming contents and due to this problem you can only view videos after fully downloading the entire video. To confirm whether Kaspersky actually blocks streaming videos, temporarily disable the antivirus and try playing the video. If youtube video plays without any problem then you can be sure that kaspersky is causing this problem. 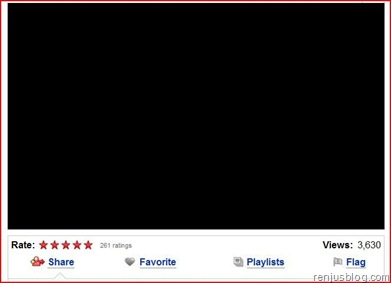 [Black screen while playing videos from youtube and not streaming]

On the General Tab, click ‘Use Streaming scan’ —> OK

Now onwards you will be able to play youtube videos without any problem from kaspersky.

Next post: Activate Multitouch Feature for all Synaptics Touchpad [Laptop]