With a better support for Windows 7, Symantec have released with 2010 version of their popular security software – Norton Antivirus 2010. This time Symantec have introduced a new behavioral detection technology called Quorum which uses file behavior and reputation to find ‘undiscovered’ threats while scanning. Also you can now download Norton antivirus 2010 with original license key valid for 90 days.

Norton antivirus software’s from year 2003 to 2008 were huge resource hogs, but from Norton 2009 editions they have highly improved their load/scan times and leaves significantly smaller system footprints. In addition to these features Norton 2010 antivirus provides clear insight into recent system activities and helps prevent PC slow downs. They have also provided an option to optimize application performance. 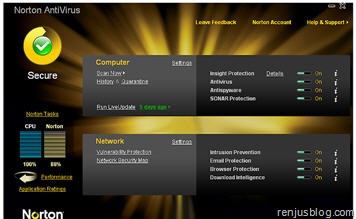 System Protection : Blocks viruses, spywares, Trojans, worms, bots and rootkits. With the proactive protection, it automatically removes threats and stop new attacks before they can do damage.

Uses AI : The new technology ‘Quorum’ along with Norton insight uses file behavior and reputation to identify and scan only the files at risk. So more performance and less scan times. 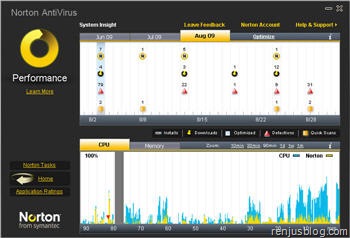 Opt out of anonymous data submissions without sacrificing the protection. 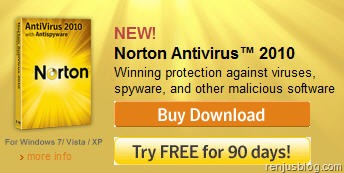 Download the norton antivirus 2010 and install it. You can use it free for 90 days without activation or license key. Three months registration is inbuilt inside the norton OEM setup file.