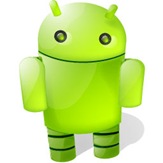 Samsung Galaxy S2, the latest flagship device from Samsung and successor of hugely popular Galaxy S have launched in Indian market starting from June. After using this device for nearly two weeks, I must say it’s the best phone I’ve ever owned. With a dual core 1.2GHZ ARMv7 processor bundled with 1GB RAM & 16GB internal storage, I’ve never experienced any lag even while playing those HD Gameloft games.

Developers at XDA have started to roll out many awesome custom Roms and mods for Samsung Galaxy S2. But for playing around with these ROMS and apps, you’ll need to root your Galaxy S2. By rooting your device, you’ll be able to remove the existing restrictions and access core parts of your phone operating system.

In this post, I’ll guide you on how to root your Samsung Galaxy S2 running Android 2.3.x with ease.

Disclaimer: I shall not be responsible if you brick your device. Do it in your own risk.

How to Root Samsung Galaxy S2

First of all, make sure you’re having all these tools mentioned below at the time rooting.

Install Samsung Kies 2.0,if not installed, as you will need the correct USB driver for software’s to communicate. Turn on USB debugging mode in galaxy s2 from Setting>Applications>Development>USB Debugging. [Important]

1. Boot device into download mode. For getting into download mode on galaxy s2, first turn off the phone and power it on again by pressing Volumedown button, Home button and Power simultaneously. You’ll see a downloading icon once you go into this mode.

3. Connect phone to computer via USB.

4. Odin software will notify you when it detects phone and gets connected.

5. In the software, just select “Auto Reboot” and “Reset Time” checkboxes and leave every other options as default.

7. Press Start and ODIN will flash the kernel and after that, Galaxy S2 will reboot.

8. Don’t remove the phone from USB and let it reboot.

9. Once again reboot the device.

That’s it, Your Samsung Galaxy S2 is now Rooted!!

Now enjoy all the custom roms and overclocking apps for galaxy without any restrictions.

P.S: This method currently works for all Samsung Galaxy S2 versions running android 2.3.3 or android 2.3.4 and above.

Another alternate to the above mentioned method is by using a rooting software called S2 Root. With this software you can both root and unroot your SGS2. This software is specially coded for rooting Samsung Galaxy S2 phone.

As with the previous method, you’ll have to flash an insecure kernel first before rooting, for that, just follow all the steps till 8. Run S2 Root software, and click on “Root Device”. Your phone will reboot once rooting has been done.

Note: While booting, your phone will be showing a yellow triangle with exclamation mark, which indicates you’re running an insecure kernel with temporary root previleges. [optional] If you want to remove this icon, just flash the original kernel back to your device.

In the next weeks, I’ll be posting more on Samsung Galaxy S2, so if you want to follow them, just subscribe to my full posts by email or bookmark our page just for Galaxy S2 devices.