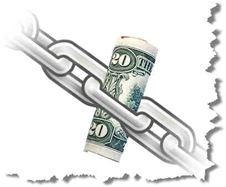 Rumors are all over the webmaster forums.The secret "CSS class" or "div tags" which can be used by webmasters to secretly tell Google about Nofollow links.

The current system used now is "Nofollow" tag which can be publicly seen through the source code of that site.Link buyers specifically says to the publishers not to use nofollow tag in their links.Nofollow tags was originally created by Google to reduce spam links.The links which are tagged no follow will not be crawled by the Google bot and so these links does not pass the Google PageRank.So if a webmaster deliberately uses a nofollow tag in the advertisers links and if advertiser spots it,then webmaster will be chargebacked.

But in this case of secret CSS class ,only the webmaster and Google will know about the nofollow links.This feature[predicted] could be configured through the Google Webmaster Tools.There will be an option to add a secret nofollow tag via CSS class or a div tag which will be ignored by the Google crawler.

Here either "mylinks" or "sidebar" could be used as the Google ignorant part and could be configured via the GWT.So all the links in this class will be considered nofollow by Google.

Here the advertiser will have no option to check whether the link he bought was a dofollow or nofollow link.This type of system could eventually bring an end to paid linking systems.

[This Secret CSS NoFollow feature is just a prediction and has not been implemented yet] View other discussions.

Next post: How to Add HTML and Javascript to WordPress Sidebar