According to Bestbuy’s leaked corporate memo,consumers who buy Windows Vista build computers after June 26 will get Windows 7 upgrade for free.

The memo states that Best Buy will launch a "Technology Guarantee" program on June 26, under which anyone who purchases a PC running Vista Home Premium, Business, or Ultimate can install Windows 7 at no extra charge when the latter becomes available Oct. 22.

So it becomes ‘somewhat’ confirmed that windows 7 would be released on October 22nd and those who will be purchasing Windows Vista based computer after June 26, will get free upgrade to Windows 7.This will definitely attract new customers who are holding off their purchase inorder to get the official version of Windows 7 build computers than the crappy Windows Vista based ones.Checkout the benchmarking results from zdnet blogs below. 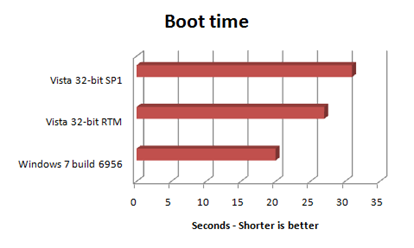 Performance :Each OS ranked out of 3 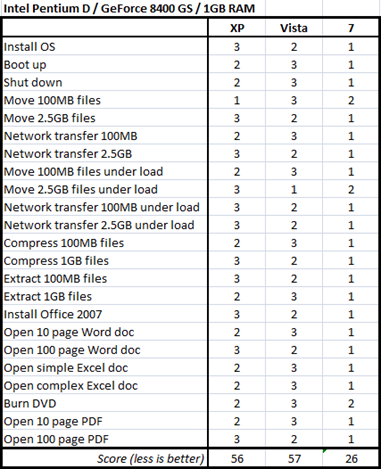 Windows7 is considerably lighter and easier to use than its predecessors and also includes support for touch screen and tools that will improve routine system activities such as desktop search and PC to PC file transfers.

Next post: How To Find Actual Extensions Of Unknown Files in Windows