Jawc (Just Another Wallpaper Changer) is a Plugin-Based Wallpaper Changer which changes your desktop background picture from a lot of different sources like your PC’s folders, Flickr or VladStudio. 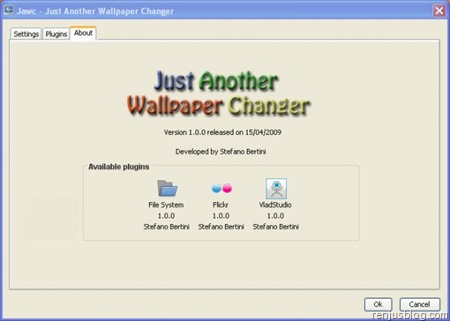 This software has the option to look for new wallpapers,download wallpapers from flickr and set random images. 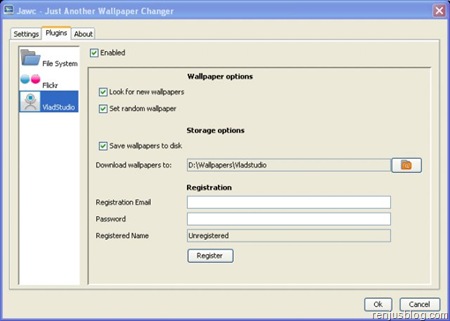 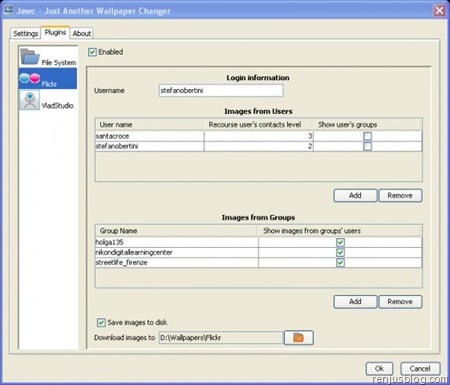 As I said earlier,there is another similar utility called Flickr Wallpaper which does this job but in a different manner.It downloads the current highlighted picture from Flickr and puts it as the desktop wallpaper. 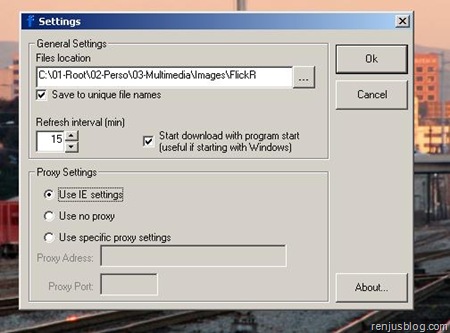 Residing in the system tray this utility will automatically download flickr photos at specified time interval as use it as wallpaper. 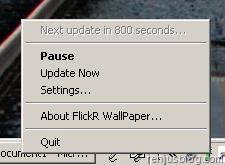