Symantec team has already released the download links for the next version of NIS called,Norton Internet security 2010.You can download Norton Internet security 2010 for free now and can use this product for 90 days without registering or entering Norton 2010 key.They have really concentrated on increasing the speed of operation from its predecessor and now uses less system resources along with faster UI.

The main problem with older Norton products have been its speed issue and is said to the major culprit for slowing down the entire system.Norton internet security takes only near one minute for installation in my machine and the interface is much quicker than expected.The minimum hardware requirement is only 256 MB of RAM ,300 MHz processor and 300 MB of free hard disk space. 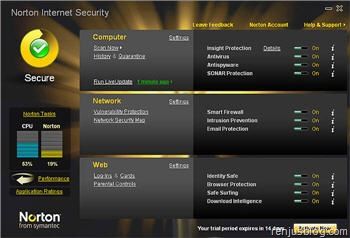 What made Norton Internet security 2010 Faster?

Use of Intelligence driven Norton insight network resulted in fewer and faster scans which detects harmfull softwares with the shortest scan times.

Norton insight technology classifies files based on real-time strategy and insights from online and offline databases .
Norton download insight : Norton internet security 2010 scans on going downloads and blocks any unwanted using insights from online sources and reputation ,
Norton threat insight : Provides detailed information about the threats including information on its origin .
Norton system insight : Classifies the system files based on inbuilt intelligence  so that trusted files and unwanted files are separated to make detection and scans faster.

According to Cnet,the only bad review about Norton Internet security 2010 is that, Norton still doesn’t leave the smallest footprint on your CPU, and new efficacy results show that while it continues to be in the top five apps at detecting malicious software, it still doesn’t have the highest rate of detection. 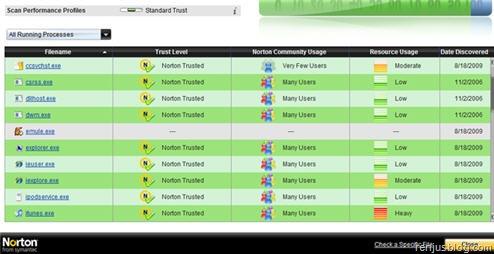 If your’re looking for the direct link for downloading NIS 2010,then get it here.