Google wave desktop application developed on adobe air platform is now available for free download. Wave is said to be the next generation email system which could be used to share conversations, photos, videos ,maps and much more. This system is currently invite based and last week we had given out some free Google wave invites to our readers.

Even though Wave is in limited preview mode, developers like Jash Sayani have already started creating software clients and tools for google wave. Waver is amongst one of them. This Wave Desktop application is build using adobe air and could be run on Windows, Mac or Linux. 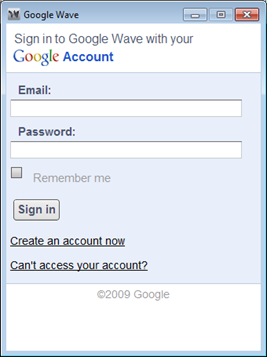 This Google wave application is an iPhone version of wave, and lacks many of the features you could enjoy using the computer browser. So just use this application if are so curious how a wave would look like in an app outside the browser.

Next post: How To Fully Discharge and Calibrate Laptop Battery for Maximizing Life