How To Boot Windows 7 Faster without additional software

After all the benchmarking tests, system experts from Microsoft claims that its windows 7 operating system boots up much faster than windows vista. But I usually get the feeling that computer system boot up or startup process gets slower when more and more programs are installed and loaded on initial start up.Even though there are many windows 7 optimizer programs which helps to boot windows 7 faster, i don’t find them much useful these days.So how can we decrease the boot up  time for windows 7 without installing any additional software’s.

Trick to Speed Up Windows 7 Boot Up 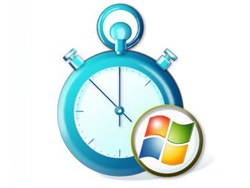 Windows 7 users running on dual core, quad core or any other multi processors can try this effective trick for decreasing the boot up time for windows and boot windows 7 faster without installing any third party softwares.Just do this following procedure.

Select the operating system (only for multiboot computers) and click advanced options.

Make sure to check the box for Number of processors, and then select the maximum number count of CPU core processors. 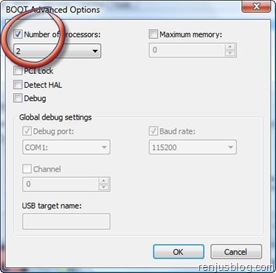 Restart computer for above settings to take effect.

This Windows 7 speedup trick works only for systems with multicore processors. Windows OS will now be able to use the full potential of your dual core or quad core systems and make the startup speedier and faster, with less waiting time on black screen and logon screen.

p.s: even though this trick is considered to be a myth, it really helped my windows 7 to boot up much faster than before 🙂