How To View All Blocked Contacts in Gmail

One of my friends recently emailed me asking how to view the list of blocked contacts in his Gmail chat account. He had blocked almost all of his senior co-workers so as to hide from them whenever he’s online in gtalk chat at work time. 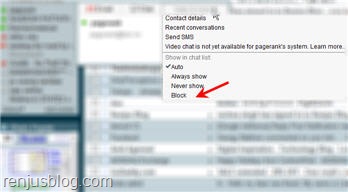 Blocking a contact in gmail chat is pretty easy. All you need is to hover mouse over the contact name and click ‘Block’. But to find the list of all contacts that where blocked in chat is not possible in Gmail. You’ll have to go through every contact you think is blocked and then unblock them.

But there is a small trick to find all the blocked contacts in gmail and then unblock all of them in seconds.

Go to the settings and click on “Blocked” menu from left. 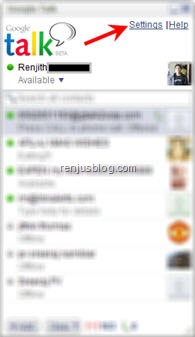 You’ll be able to see the list all the contacts who were blocked Gmail chat. 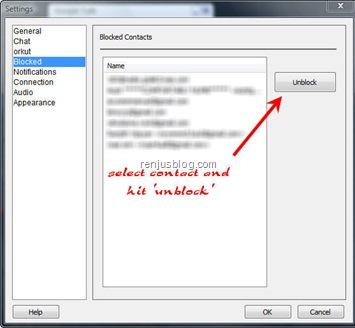 With this trick, you could easily view which gmail contacts are blocked and then unblock them easily. I wonder why Google has not yet added this feature directly into the Gmail.