Checkout the Streetview images of 2010 FIFA Worldcup stadiums at South Africa from Google. The streetview imagery shows seven of South Africa’s new football stadiums and each of them could be explored from pitch level in 360 degrees both from inside and outside.

According to Google, all the images used for streetview where collected during the last few months. Also checkout the world cup Easter egg from Google.

To view all the host cities and football worldcup stadiums in 3D, just turn on the 3D buildings layer in Google Earth or use the earth view in Google Maps.

Watch these videos to explore the stadiums in South Africa with Streetview and 3D imagery. 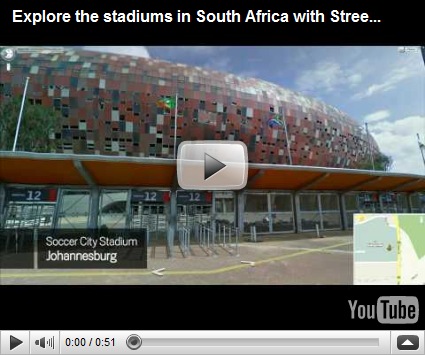 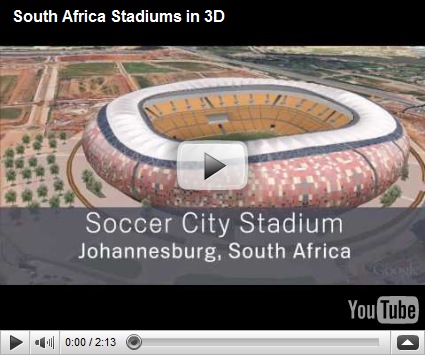 All the football stadium have been modeled in 3D as well as some of the South African cities . 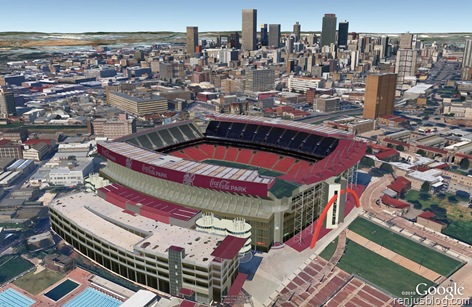